Two Get Prison for “Cut-and-Paste” CP 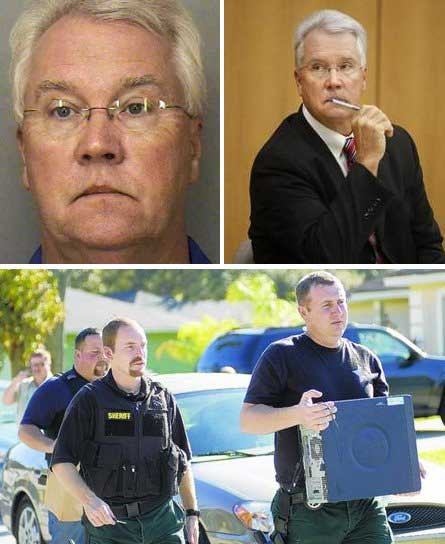 The case is unusual in that the four images found in John Stelmack’s briefcase clearly depicted young girls’ faces superimposed on the naked bodies of women.

Stelmack, 62, was convicted in mid-June despite arguments that no children were harmed in the making of the images. His attorney said an appeal is underway.

Although most forms of adult pornography created for and depicting adults are protected under the First Amendment’s guarantee of free speech, courts consistently have ruled illegal the creation and possession of child pornography because of the harm it causes young victims. An American Civil liberties Union attorney said the absence of actual victims in the Stelmack case could prove problematic on appeal.

“There are definite potential constitutional problems [with the jury’s verdict],” Becky Steele told The Tampa Tribune. “You can’t constitutionally premise legislation on the desirability of controlling a person’s private thoughts.”

Stelmack was convicted under a Florida statute one law-school professor said was constructed specifically “to get around the Ashcroft case problem.”

“Whether the Florida law will hold up on appeal I don’t know,” Stetson University College of Law professor Charles Rose told The Tampa Tribune. “There has got to be a sexual conduct component to [the behavior depicted in the images].”

Reportedly Stelmack’s images contained nudity but no sexually explicit activity. Apparently the same was true in a similar case for which the defendant was sentenced the day before Stelmack.