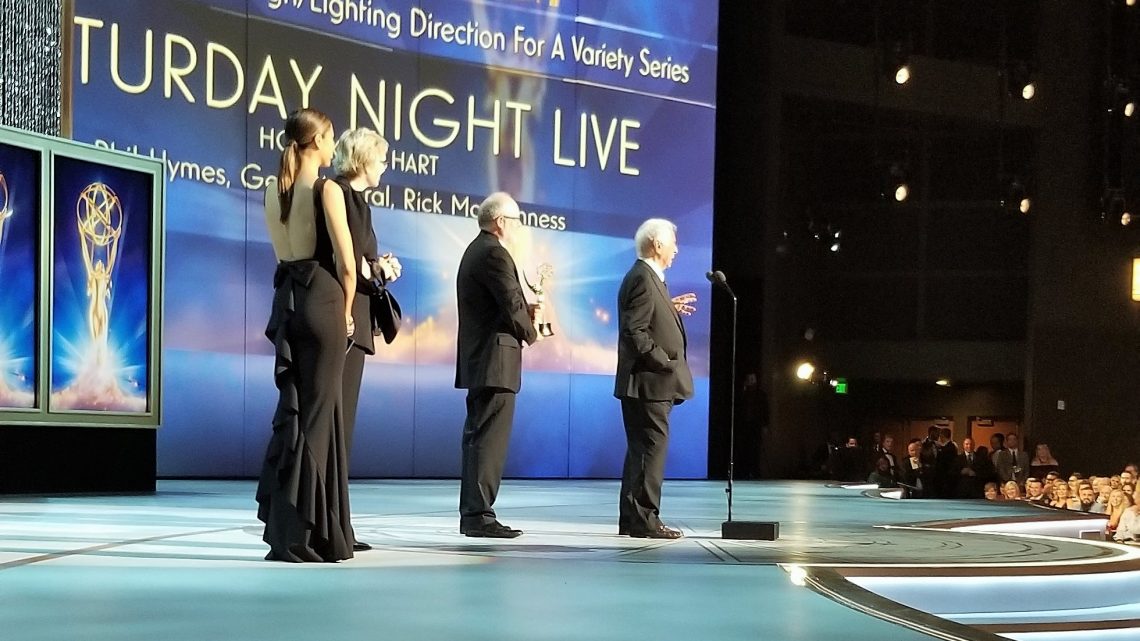 LOS ANGELES – Lighting director Phil Hymes won his first Emmy in 1965 for a Hallmark Hall of Fame production of The Magnificent Yankee, directed by George Schaefer and starring Alfred Lunt and Lynne Fontaine. He was 42 years old and had been working in television since at least the mid-1950s.

Sunday afternoon at the Microsoft Theater in Los Angeles, on the second day of the 70th Creative Arts Emmy Awards ceremony, Hymes won again for his work on “Saturday Night Live.” Three members of the lighting crew were awarded: Hymes (Lighting Designer), Rick McGuiness (Lighting Director) and Geoff Amarol (Lighting Director). For Hymes, at 95 years young, it marked an interval of 53 years since his first Emmy win.

I attended this weekend’s ceremony with my father as I have since 2010. Over the years, he received several nominations for his work on SNL, a 2014 nomination for “The Tonight Show with Jimmy Fallon,” and another nomination for SNL’s 40th anniversary special in 2015.

In addition to his win, my father is the oldest individual to win an Emmy, and the 53-year interval between wins is the longest in Emmy history. Wow.