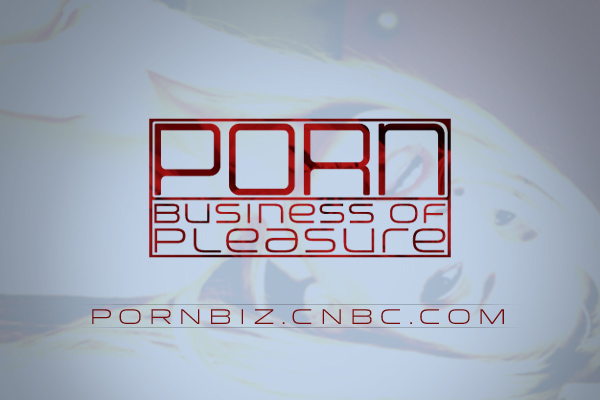 The cable business network has been aggressively promoting the special, which it says will take “an unprecedented behind-the-scenes look inside the multibillion dollar pornography business, from the threats to its profitability to exclusive behind-the-scenes interviews with the industry’s biggest stars to the one issue that could bring the adult industry to it’s [sic] knees.” (Double-entendre and misspelling noted.)

Unlike all such specials and documentaries on the industry that crop up regularly on mainstream networks, CNBC interviewed Steven Hirsch of Vivid, performers Jesse Jane, Sasha Grey, director Max Hardcore and executives such as Samantha Lewis of Digital Playground and Joy King of Wicked. (Sarcasm intended.)

While no adult tube site owners agreed to be interviewed (surprise, surprise), the special does address the problem of unauthorized content being posted to tube sites, which puts it only a year or so late reporting on the phenomenon. Not bad for a major mainstream network.

The promos for the special also make glaring mention of “The $13 Billion Business of Pleasure,” repeating a figure that has long since been exposed as hyper-inflated. It seems that, like its adult cousins, CNBC is a news entity that will not let the facts get in the way of a juicy promotion. The medium truly is the message.

While the lion’s share of industry interviews appear to be of the same people we always interviewed for these specials, there are a few new faces, even if some cannot be found on the program website.

One such company is Arizona-based Pink Visual, which employes a significant number of women in executive positions, including a female president, CFO, head of the studio, head of the graphic design dept and manager of TopBucks, their affiliate program. According to sources at the company, a crew “came out for a day, shot all morning, including a little trumped up meeting footage,” and interviewed Allison Vivas, the aforementioned president.

“I’m getting a lot of comments, ‘Well, you went to the dark side. You’re never gonna go back,” she says. “Well, the reality is, I’m already getting calls from TV shows that are mainstream. So it’s just that is hasn’t been done before. But, you know, things change.”

In keeping with its role as a maker of news as well as a reporter of news, CNBC also will attempt to appear as up to date as possible in the techie department, but will fail miserably in that regard, too. The adult industry, by definition, will always be ahead of the mainstream’s ability to keep up with its ability to innovate on the fly.

As with the “ground-breaking” series of expose-style articles by the L.A. Daily News a few years ago, which they believed would set a new standard for coverage of the industry, CNBC too has been heralding this special for months now as an “unprecedented” look at the industry. While that remains to be seen, it hardly matters in the end. Exploring adult subjects is hardly virgin territory for CNBC, which has produced several specials on other areas of adult entertainment, including a documentary this year on the Mustang Ranch legal brothel in Nevada and last year’s The Business of High-End Prostitution.

For adult producers and others who work in the industry, as well as for CNBC itself, there is little if any downside to being “exposed” in such ways. This is the type of mainstream programming that puts meat on the maxim, “There’s no such thing as bad publicity.”

Next post Bruno Gets Kinky with Bondage Toys From Stockroom.com