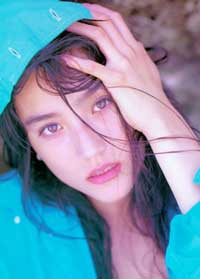 VAN NUYS, Calif.—Enough is enough. I am outing my pseudonym. Ann Oui is me. I should have done it long ago, but in a sense I did. If anyone ever asked me about Ann Oui, I told them it is me. It’s not like it was a secret; I just don’t splash it on every article. I won’t now, either, but I just want it “officially” on the record that Ann Oui is me.

She’s just a pseudonym, after all, created originally to mitigate the overuse of my own name, which I didn’t even use in the earlier years of my adult employment. I can’t even remember if Ann goes back as far as 1999-2000, but she might. I know I used Sirin at the beginning, but I think I came up with Ann Oui shortly thereafter. Over time, she became handy as a name I could use for anything but articles in which for one reason or another I had to use my own name.

Now, when I am loathe to use my own name at all, she is pretty much indispensible, though AVN Staff is now one of my anonymous favs. But over the past year Ann has actually started attracting some fans, at which point I started to feel very uneasy. When an editor from the Huffington Post actually wanted to communicate with Ann, I began to consider her demise. As far as the writing I do goes, I’m not into outright lying. I never got back to the HuffPo editor, who was responding to a particularly effective piece I/Ann had written.

but I do wonder if a Tom Hymes byline would have had the same effect.

Photo: A headshot given me by someone to use as the visual personification of Ann Oui. The sentiment is real, even if the person is not.

Next post Freedom! (even if I do need time to tweak)

Previous post Will My 90-Year-Old Father Win an Emmy Tonight?