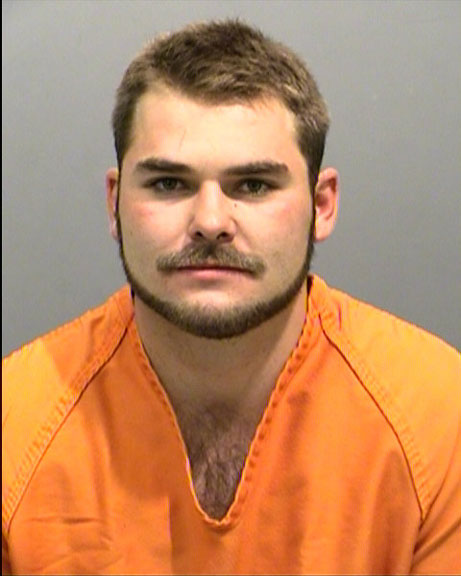 GOLDEN, Colo. – Maybe he was chilly outdoors in the nude at night, or perhaps he just couldn’t bring himself to admit a fetish for women’s undergarments, but police suspect the man they nabbed outside a Golden, Colo., home early Monday morning — wearing the female homeowner’s underwear — may have broken into more residences than the two of which they are aware.

Jefferson County deputies said Clinton March, 24, was apprehended in women’s panties, a nightgown, stockings and a scarf he took from the second home he visited during the escapade. In addition, he was carrying a child’s toy he apparently took from one of the two homes on the block that reported break-ins. According to the first victim, March was naked when she spied him in the doorway to her home.

“He was leaning over this [bureau] with a sheet tucked between his legs,” Ruth, who requested her last name not be used, told the local CBS News affiliate. “He was within a foot and one-half to two feet of me when I yelled at my husband, and he ran [to my neighbor’s house].”

The neighbor told KCNC Channel 4 News in Denver she was sleeping when March entered her home and began rifling through her drawers. He then donned her clothing and went into her bathroom. When the woman confronted him, he simply left without a word, she told the TV news crew.

Deputies arrested March just outside the second home. They said they have yet to find his clothing, and they suspect he may have disrobed during a previous home invasion earlier overnight.

“This is scary behavior. Alarming behavior. And it’s certainly the kind of behavior that eventually leads to greater acts of violence,” Jacki Kelley, a spokeswoman for the Jefferson County Sheriff’s Department, told the local CBS News affiliate.

March previously was arrested in 2006 for indecent exposure and trespassing. He faces charges of burglary, theft and indecent exposure after his most recent adventure. He is being held in the Jefferson County Jail in lieu of $10,000 bond.