FLORIDA—I think it’s a Florida thing, really. The prosecutors’ press conference immediately following the reading of the verdict was surreally jovial, seemingly rehearsed, as if the finding was expected. The defense team right after them was equally disturbing; the same full-throated justification for something their client could have, and should have never allowed to happen, but did, as if their theory of “what happened” was ever proven, or was upheld by the jury!

We’re depressed here in California. The facts of this case, such as they were, were there for all to see. Not only did the tuning-in public get to watch every minute of the trial, but it also got the benefit of seeing all (or most) of the evidence that the jury was not allowed to see. I’m not speaking for all of

California, of course, just my wife and I, who happened to be watching when the verdict came in. We watched it; I watched the press conference afterwards. I had followed the case but didn’t watch every minute of the trial, but did catch the wrap-ups each day

We don’t understand how this shooting did not result in a conviction of some sort for the shooter. We don’t see a justifiable shooting. We just don’t. If he feared for his life in that fight, he should never have been allowed to carry a gun in the first place.

Okay, I know, it’s not just Florida. This cannot be laid at the feet of just Florida law. But that’s where it happened, and those people need to be locally responsible for the way in which justice is meted out (or not) in their community. You can’t have it both ways! You can’t demand local autonomy and then point to the Bigger Picture. It’s on you!

It’s so sick. We feel sick. 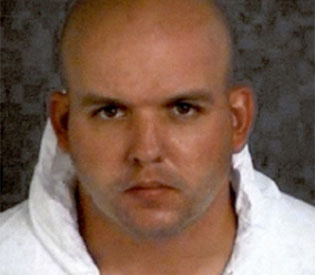