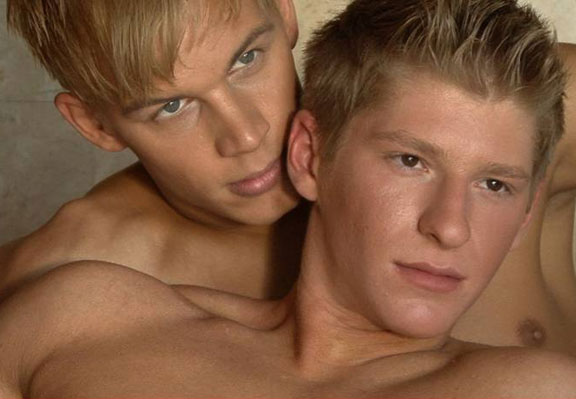 PRAGUE – European studio Bel Ami and American studio Corbin Fisher have released the first scene from their month-old collaborative project. Now available at BelAmiOnline.com (NSFW) and CorbinFisher.com (NSFW), the scene answers fan questions like “How will the two gay studios merge their disparate styles?” and “How will the models bridge the language barrier?”

The language barrier between Bel Ami’s Czech men and Corbin Fisher’s English-speaking all-American boys next door proved to be the least of anyone’s concerns. As everyone discovered, the language of sex is universal.

Bel Ami’s Luke Hamill and Corbin Fisher’s Josh prove that in the just-released first scene, which was shot in an old warehouse-cum-apartment building in Prague. Hamill and Josh, strangers who lived half a world away from each other until the day of the shoot, perform with a kind of chemistry usually seen in people who have known each other for years.

The debut scene marks the first of several scheduled to be released monthly through the end of the year at both websites. The DVD resulting from the studios’ collaboration, Five Americans in Prague, will be released thereafter.