And the Boobs are Where? 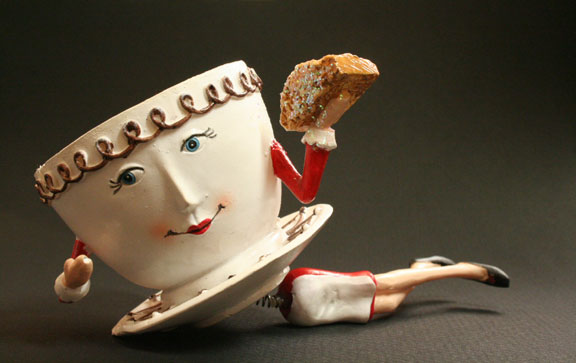 VASSALBORO, Maine – Continuing drama surrounding a small-town coffee shop that went topless in order to put a vacant building to good use and provide much-needed local employment begs the question of exactly where in Vassalboro, Maine, the boobs are located.

On Saturday, a state trooper responded to a complaint that a waitress at the Grand View Topless Coffee Shop was outside the building sans the upper portion of her attire. The trooper said no charges were filed, but he referred the matter to the district attorney’s office for further review.

“I just know that I took a report of a female who was outside who had no top on and went over and spoke to them about it and advised them that I was going to be referring it to the DA’s office,” Trooper Shawn Porter told the Kennebec Journal. “It’s an ongoing investigation.”

Porter said he conducted his portion of the investigation outside the facility, and when he met with owner Donald Crabtree and the alleged offender, all three of them were fully clothed.

“I instructed one of the males that was outside to go in and ask the female to come outside with a top on,” Porter told the newspaper.

The Grand View opened February 23rd after seemingly endless hearings about whether the city could deny the business a permit on some grounds other than failure to adhere to local laws. Vassalboro has no adult entertainment ordinance, an oversight Crabtree sought to use to his advantage once the deficiency was discovered.

Soon after opening the Grand View, he began planning to open a 300-seat gentleman’s cabaret in the same town. City fathers sprang into immediate action, drafting an ordinance to prohibit any form of adult entertainment within the city’s boundaries. Although some outspoken local residents stood firmly on the town’s side in the matter, the Constitution did not. Consequently, the draft ordinance has undergone several revisions and now specifies where, when and how such adult businesses may operate.

The ordinance faces a final vote during the town’s annual meeting on June 8.