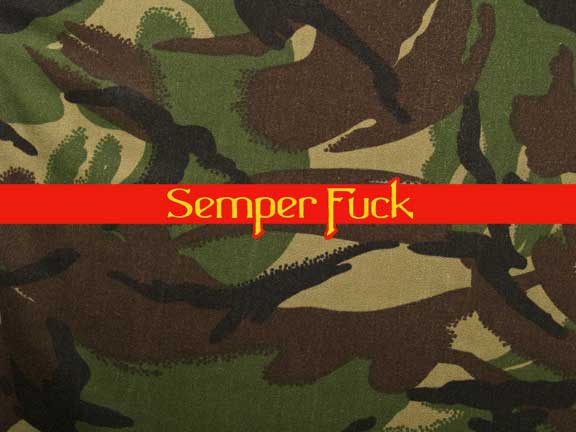 He said the site offers “casual, home-video-style movies” of his Marine buddies in hardcore action. The downloadable, DRM-free Quicktime and Windows Media files have a “personal, authentic look.” In addition, SemperFuck provides an online theater in which 32 new full-length DVDs stream each month. The majority of titles are gay, but some straight products that may appeal to a gay audience — like big dicks and gangbangs — are included.

“The ‘straight sex for gay men; niche has been explored before, but SemperFuck breaks new ground by combining it with ‘straight military’ and ‘reality’ themes for a hot straight-men trifecta,” Joe said.

The name SemperFuck was suggested to Joe by a Marine in a local bar late one night.

“As soon as I heard it, that was it,” Joe said. “I’ve been looking forward to making a site worthy of the name ever since. As the site grows more successful, I’ll be able to add even hotter scenes. My goal is to feature a lot of gangbangs and [double penetration]. I can’t wait.”