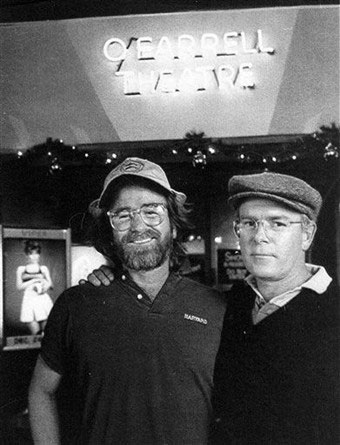 James Raphael Mitchell, the 27-year-old son of adult entertainment pioneer Jim Mitchell, was arrested Sunday after sparking a five-hour manhunt. The son has been charged in the death of his year-old daughter’s mother and the child’s abduction.

Samantha Mitchell, the child, was recovered unharmed at the time of her father’s arrest.

Danielle Keller, 29, was not so lucky. Her body was discovered about 7 p.m. Sunday at the Novato, Calif., home she shared with her mother and the baby. Keller had been bludgeoned to death with a baseball bat, according to police reports, reportedly while her mother, Claudia Stevens, was out having coffee with friends.

“When I came home we were going to have birthday cake [to celebrate Samantha Mitchell’s first birthday],” Stevens told the San Francisco Chronicle. “[James Mitchell] must have come when I was gone.”

Stevens also told the paper that although her daughter and Mitchell were not married, the couple bought a Pittsburgh home together about a year ago. Keller returned to Novato several months ago, Stevens told the Chronicle, “after a series of frightening events” that resulted in the issuance of a restraining order against Mitchell. About a month ago, Mitchell briefly held Stevens and Keller hostage at Stevens’ home but fled before police arrived, Stevens said.

Keller had sole custody of the child.

The brothers not only founded the Mitchell Brothers O’Farrell Theatre, but also lensed landmark works of adult cinema. Behind the Green Door, starring the late Marilyn Chambers, was an early hit for them.

Police records list James Mitchell’s occupation as “theater owner;” however, a spokesman for the trust that owns the O’Farrell Theatre told the Chronicle Mitchell is a beneficiary of the trust but does not participate in the operation’s management.

James Mitchell is being held in the Marin County jail without bail.

Next post NO H8 Campaign to Host Public Photo Shoot