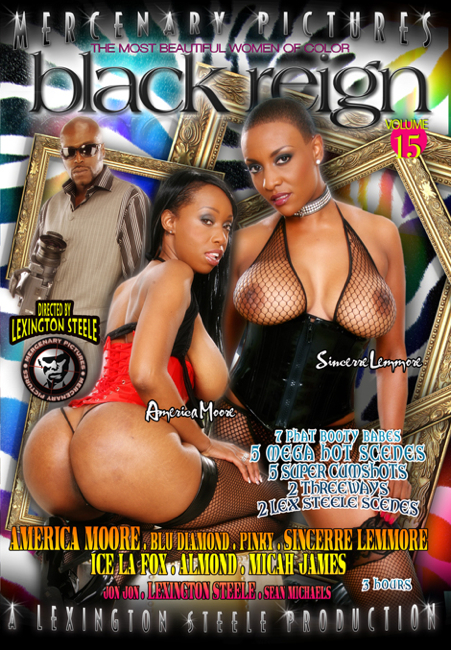 “Mercenary Pictures has always made the production of high quality ethnic all-sex titles a priority on our company’s production schedule,” Steele, who also directed the title, said. “The ethnic genre has a history of being put on the back burner for many companies. But there’s always been demand from the consumers for ethnic movies that are shot as well or better than what’s on store shelves, and a desire from performers to be in these movies.”

The Black Reign series won back to back AVN Awards in 2005 and 2006 for Best Ethnic-Themed Series. It was also nominated for Best Gonzo series in the Urban X Awards, with the previous volume, On store shelves now, Mercenary Pictures presents the latest addition to its award winning all-black series, Black Reign 15, up for Best Black Release.

“The commercial and critical success of ‘Black Reign’ means very much to us at Mercenary Pictures,” he added. “It recognizes that quality in the ethnic genre is appreciated and recognized.”