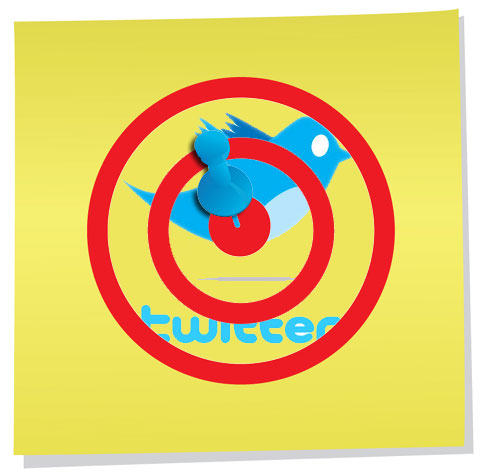 CYBERSPACE – It’s a sign of the high-tech times: Any Web-enabled tool that can be put to good uses can be put to just as many — or more — bad ones. And the bad ones get the most press.

The latest hot property to fall victim to conservative outcry is micro-blogging social network Twitter. Because of Twitter’s anonymous registration and operation, the service is rife with pornography, other content inappropriate for children and crimes like phishing and spamming.

Like every other cyber-savvy commercial endeavor, professional escorts and adult entertainment performers have found Twitter to be an excellent place to market their wares. That, according to some, cheapens the service and makes it less valuable to “legitimate businesses” and downright dangerous for children. Twitter’s terms of service require new users to affirm they are at least 13 years of age before they will be given an account, but Twitter does not require users to back up their affirmations with proof.

“As we have found with any new communication form, pornography and other types of issues creep in,” Ben Smith, chief executive officer of coupon distributor Merchant Circle told MediaPost.com’s Online Media Daily. “The problem with this type of activity is that it undermines the trust in the communication channel, which will have a disastrous effect on the channel.”

WeeWorld, a virtual community catering to tweens and teens, has threatened to pull its support and its 3,893 Twitter followers off the service if “something isn’t done to clean up [Twitter],” OMD noted.

“If Twitter builds an advertising-supported model, they will need to develop a way to isolate the [adult] content,” Paul Verna, senior analyst at eMarketer told OMD. “YouTube did. Facebook did it. They had to be tough cops when it came to the content. On one hand they try to provide an open platform, but on the other if they don’t set limits it could backfire.”

Verna also mentioned phishing scams and celebrity impersonation as other problems with which Twitter must deal.

“We’re starting to see a groundswell of [malicious cyber-]attacks,” he told USA Today. “Spam is usually the first bad thing we see before it escalates to things more nefarious.”

Twitter’s format is the very thing that makes it most useful as a distribution tool for malware. Because messages are limited to 140 characters, users are encouraged to embed links using tools that abbreviate long URLs — and consequently obscure the true destination. Frequently links embedded in tweets lead to executable files or automatic downloads. By the time the reader realizes what’s up, it’s too late for him or her to avoid exposure.

In addition, hackers have found ingenious ways to compromise popular Twitter add-ons like TwitPic and Twitter clients that allow users to manage more than one account simultaneously. The end result: Computers added to botnets and private data stolen.

“We understand that this job is never done, so we are actively recruiting staff and developing tools to combat spam and enhance security,” he told USA Today. “Sadly, security is rarely viewed as a top priority” by add-on developers.

Next post No Fix for 'Serious Security Hole' in IE, Microsoft Warns