Topless Coffee Shop Down, But Not Out 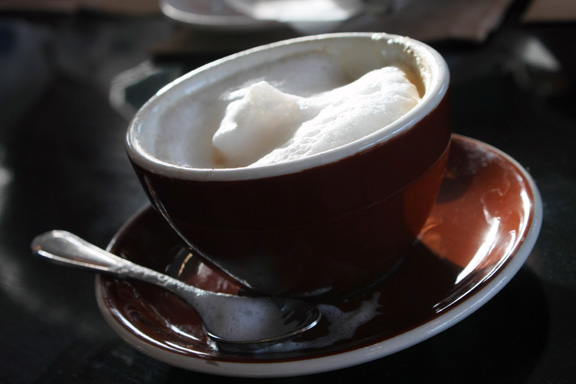 VASSALBORO, Maine – The owner of the topless coffee shop that burned amid escalating controversy over its existence is attempting to round up donations for a rebuilding effort.

Donald Crabtree plans to erect a tent on the site of the former Grand View Topless Coffee Shop, and inside the structure the business’s waiters and waitresses — with tops on — will serve coffee and donuts in exchange for contributions to the building fund. Crabtree said the temporary location should be open by the end of the week.

“I got about $700 to my name now, and I’m chewing that up fast by living in a motel,” said Crabtree, who prior to the fire state investigators ruled arson, lived with his family in rooms next to the Grand View. “I’ve never had a bank loan, credit, and I don’t plan on having one now.”

The Grand View and an adjacent motel burned to the ground just after midnight June 3rd. No one was injured in the blaze, but the property, into which Crabtree sunk his $277,000 life savings, was not insured. Crabtree estimates it will cost about $30,000 just to clear the debris.

The tent, he said, is the only workable solution he has come up with so far. Any more permanent structure, including a trailer, would require him to obtain a new town business permit. However, he and Vassalboro’s code-enforcement officer agreed giving away donuts and coffee inside a tent would not constitute operating a business.

As for the future, no one is certain how Crabtree’s desire to reopen the Grand View will play out. On Monday, Vassalboro residents approved the city’s first-ever ordinance regulating where, when and how adult-oriented businesses may operate. Fewer than a dozen of the 200 people who attended the meeting voted against the new law, which bans nudity outright and places severe restrictions on toplessness. In addition to mandating distances between adult businesses and other commercial enterprises, schools, churches, residences and public-use areas, the ordinance prohibits alcohol service and restricts operating hours to between 8 a.m. and midnight.

“Usually we’re pretty sensitive to fire victims,” code-enforcement officer Paul Mitnick told the Kennebec Journal newspaper. “Someone in [Crabree’s] family could have been killed. Whether you’re for or against it, you really shouldn’t be doing stuff to destroy his property. I hope they catch whoever did it, too.”

“Business will go on as usual,” he told the newspaper. “The girls are out of work and want to get back to work. There is no law against giving coffee and food away, and there is no law saying I can’t have a donation jar.