SPRINGFIELD, – With unprecedented nerve — and to hear some folks tell it, a malicious social agenda — the publisher of one of the world’s most respected English-language dictionaries has redefined marriage.

Like the government and reportedly the Bible, Merriam-Webster’s dictionaries still define marriage as “the state of being united to a person of the opposite sex as husband or wife in a consensual and contractual relationship recognized by law.”

However, in 2003 the publisher added a secondary definition that lumps unions between same-sex couples in with the more traditional kind. The publisher’s dictionaries now state marriage also is “the state of being united to a person of the same sex in a relationship like that of a traditional marriage.”

Although it took religious and social conservatives more than five years to discover the modification, they’re hopping mad. What a cheeky bunch of intellectual snobs must exist at Merriam-Webster in order to commit such an affront to the public morals! How could the publisher incorporate a definition not approved by the federal government or the church — especially before any of the states codified same-sex unions? Think of the children!

Connecticut legalized same-sex marriages in 2008. originally recognized same-sex unions in May 2004, touching off a protracted legislative struggle that was settled in 2007 when residents voted to retain the right of same-sex couples to marry.

California voters infamously passed a state constitutional amendment in November 2008 that outlaws gay marriage in that state. A final decision about the matter now rests with the California Supreme Court.

A YouTube video set off the hubbub surrounding Merriam-Webster after Christian news website WorldNetDaily.com called attention to it. Response was immediate and passionate.

“The word ‘marriage’ has never been synonymous with same-sex relationships,” one WND forum participant wrote. “What is happening is the meaning is being changed to trigger it becoming synonymous, not the other way round.”

“We did not invent marriage; it is the God-ordained covenant that unites a man and a woman in the monogamous marital union, establishes a new household, and liberates the married couple to enjoy all the benefits — and bear all the responsibilities — of married life and parenthood,” he wrote on his blog. “Homosexual activists may win in the courts and in the dictionary, but they cannot reverse reality.”

Merriam-Webster refuted the allegation that the publisher was promoting a social or political agenda.

“We hear such criticism from all parts of the political spectrum,” Associate Editor Kory Stamper told WND. “We’re genuinely sorry when an entry in, or an omission from, one of our dictionaries is found to be offensive or upsetting, but we can’t allow such considerations to deflect us from our primary job as lexicographers.”

In response to the righteously indignant outcry, Merriam-Webster on Wednesday issued a statement saying the company changed its definition of marriage to reflect increasing reference to the concept in other publications.

“In recent years, this sense of ‘marriage’ has appeared frequently and consistently through a broad spectrum of carefully edited publications, and is often used in phrases such as ‘same-sex marriage’ and ‘gay marriage’ by proponents and opponents alike,” the statement noted. “Its inclusion was a simple matter of providing dictionary users with accurate information about all of the word’s current uses.” 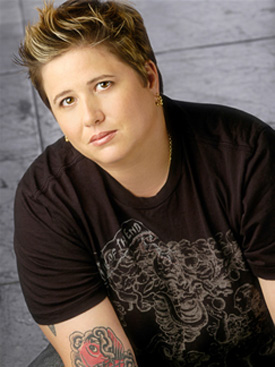 RVD Productions Launch Party to be May 31