TitanMen to Release ‘Director’s Hardcore’ Editions Only on Blu-ray 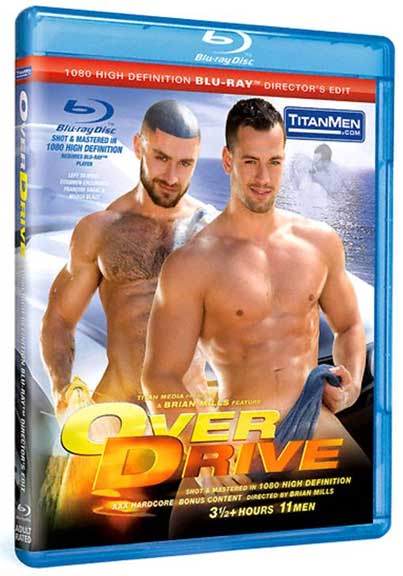 “As the leading, and virtually only, producer of high-end gay adult films on Blu-ray, our customers are telling us they want our harder-edged content in mind-blowing high definition,” Webb said. “We will continue to release all of our films on standard definition DVDs, but our more edgy and hardcore TitanMen content will only be released on Blu-ray high-definition discs in the future.”

For the “gotta-have-it-now” crowd, Director’s Hardcore versions will continue to be available in digital video-on-demand format at TitanMen.com and TitanXXX.com (neither SFW).

Barely two years into its product lifecycle, Blu-ray already enjoys an installed user base of more than 10 million U.S. households. According to a January report from market research firm Zogby, the number represents more than double the penetration of DVD players at the same point in their lifecycle. A recent online poll of TitanMen.com customers indicated almost one-third currently own a Blu-ray player, and another one-third plan to purchase a Blu-ray player within the next 12 months.

“Blu-ray high-definition is clearly a winner in the high-end gay market, with an adoption rate nearly three times that of the general public,” Webb said.

Titan believes Bruce Cam’s opus Breakers, released in March 2008, was the world’s first gay adult film to be available on Blu-ray. The title won the 2008 GAYVN Award (NSFW) for Best HD Production. Currently 13 TitanMen films are available on Blu-ray, and one new Blu-ray title is released per month.

All TitanMen films on Blu-ray employ seamless branching technology to give viewers the option of watching the retail or Director’s Hardcore edit. Users decide what they want to watch and control the action. The underlying technology is the same as that used by mainstream Hollywood studios to offer multiple versions of their films on Blu-ray, Webb said.

“I am very proud that TitanMen has led the way in technology by producing more films on Blu-ray then all other gay adult studios combined,” Titan Chief Executive Officer Cam said. “Our customer is often ahead of the curve in the adoption of new technologies; Blu-ray is one of them.

“In these tough economic times, we have to give the customer a reason to buy,” he added. “TitanMen’s superb, non-stop hardcore action in Blu-ray high-definition format is just that reason.”