The British are Coming … Behind the Wheel 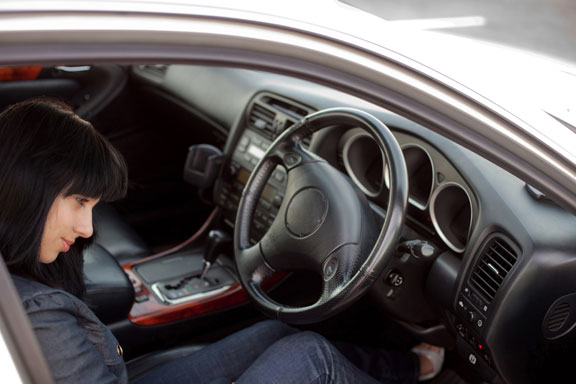 WORCESTER, England – After 11 million Brits confessed to putting more than their cars in gear while driving, an insurance-comparison website warned “moving violations” can lead to tickets, criminal charges, higher insurance rates and maybe even jail time.

“Drivers are exposing themselves when multitasking,” warned Will Thomas, head of motor insurance at Confused.com. “It’s absolutely critical drivers focus their full attention on driving and the road around them. If a motorist is involved in an accident whilst being distracted, they can face criminal charges, points [against their license] and even prison.”

Thomas was responding to a Confused.com poll indicating many Brits succumb to wanton behavior while driving. The lure of the love machine is especially prevalent in the southwestern part of the country, where almost half admitted to making love while on the road. In the southeast and Scotland, 44 percent and 43 percent, respectively, said they at least pull over first.

In Wales, the most common relationship-related uses of moving automobiles are fighting and breaking up, Confused.com noted, and that can be dangerous as well. Three quarters of Welsh respondents admitted to snacking while driving, and half admitted to getting frisky in the car — although all claimed to be parked at the time.

According to Thomas, any behavior that takes a motorist’s attention away from the road can have dire consequences. Motorists are not protected — by their insurance — when accidents results from preventable distractions, no matter how alluring.

Next post Tales of the New Economy: Chips for Sex