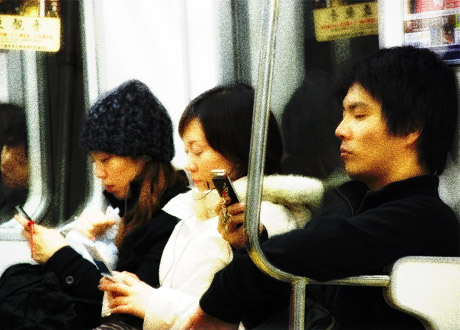 According to Bloomberg, despite very healthy profits, mobile carriers DoCoMo and KDDI Corp. have been forced to impose limits on the heaviest users as the country’s $74 billion network feels the strain.

“When you have unlimited data, you’re going to have an issue with capacity – it’s an issue that’s been waiting to happen,” Windsor Holden, principal analyst at Juniper Research Ltd., told Bloomberg. “It wouldn’t surprise me that it happens in Japan first because they’ve had 3G for so much longer.”

While there has been a boon in downloads of more mainstream fare, telecommunications experts agree that adult fare is shaping up to be a major online driver of traffic, downloads, revenue and network capacity.

With total annual sales in the pornography market estimated at 100 billion yen, Japan has more than 1,000 companies producing adult-content movies, generating about 17,000 titles last year, according to Smith.

“Whenever there is a new distribution method for adult content, adult content will go that medium,” said Juniper’s Holden. “It’s gone that way since cavemen drew adult pictures in the cave.