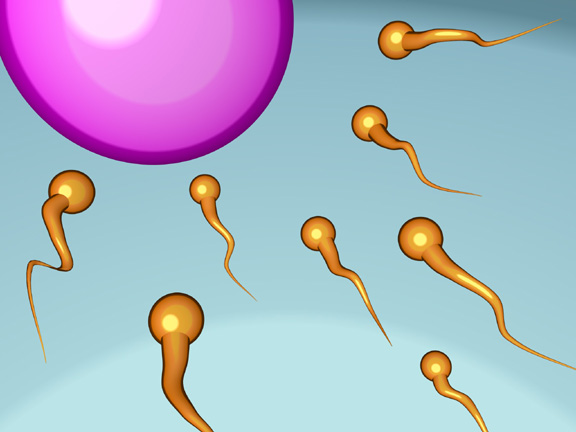 AMSTERDAM – Science has confirmed what humans have known all along: Increased sexual activity leads to increased birth rates.

Doctors at an Australian fertility clinic began prescribing increased sexual congress for men with fertility problems after a study of 118 men with damaged sperm indicated daily sexual activity of any kind increased the quality of ejaculate in 81 percent of the subjects. The research results were announced Tuesday during a meeting of the European Society of Human Reproduction and Embryology.

The results fly in the face of traditional medical wisdom. In most cases, doctors tell men to refrain from having sex before their partners undergo in-vitro fertilization, on the belief that abstention elevates sperm count.

Although that appears to remain true, researchers said the DNA quality of sperm and their motility apparently decline the longer the reproductive cells remain in the body.

Research leader Dr. David Greening of Sydney IVF said most of his patients are happy to embrace the new concept.

“Some of the older men look a little concerned,” he told The Associated Press. “But the younger ones seem quite happy about it.”

As positive as the news is for people who enjoy sex (and, potentially, the pornography industry), Greening and his colleagues will continue their research to ensure their conclusions are accurate. Greening said he suspects that engaging in daily sex for more than a week could have the opposite effect by reducing the number of sperm to below optimal levels.