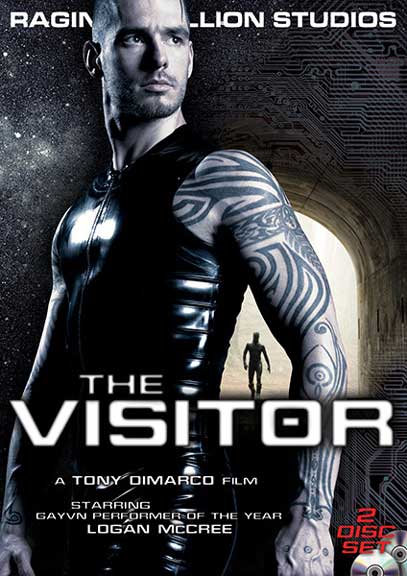 SAN FRANCISCO – Sex, the final frontier … at least as far as intergalactic scientific researcher Epoc is concerned. When Epoc find himself smack-dab in the middle of one of the most oversexed and under-inhibited gay communities on Earth, his research becomes much more compelling than he imagined.

Seeking out strange vibrations his equipment has detected, Epoc combs through the streets of the city. He is pulled by unseen forces until, as day turns to night, Epoc comes upon man-on-man lust so intriguing he can’t deny a deep-seated desire to experience it for himself.

The problem? Epoc’s corporeal energy resonates on a different frequency than that of humans, so while he can watch men at play — on the streets and in alleyways, on dance floors and in dungeons — they cannot see him. He contents himself with observing, ever the detached scientist, until he accidentally encounters a human male who is able to transcend the energy barriers between them. Together, they transcend alien sexual boundaries into ecstasy.

DVD extras include behind-the-scenes material shot on the set, an interview with McCree, solos by Pacifico and Stellano, and a bonus sex scene.