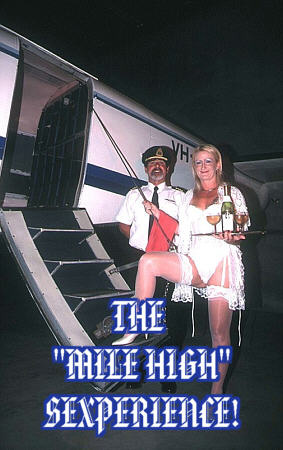 According to the company, more than 100 groups “earned their wings” over Australia’s east coast before the recession forced suspension of service. Justo said he expects the plane to remain in its hangar for about six months before things pick up again.

He also said most of the flights were gifts for special celebrations.

“Most couples are celebrating anniversaries or birthdays,” he told Earth Times. “That’s the bulk of the business.”

Most customers opted for the longer flight, in order not to feel “rushed.” As for special requests, Justo said, “What most people ask for is a bit of extra turbulence.”