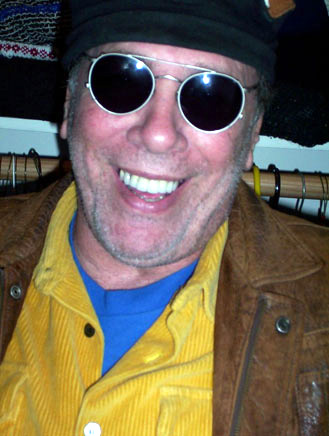 HOLLYWOOD, Calif. – After more than three decades behind the lens in adult, AVN Hall of Fame director and producer Roy Karch has joined the sales team at All Boys Distribution, providing the South Paris, Maine-based company with a West Coast presence. Karch said he is merely widening his horizons and helping an old friend, not leaving the production end of the business. In fact, just last week he completed principal photography on a new feature for Love Video Entertainment. Penthouse released new Karch titles in March and April, and he will shoot several more for the studio this summer, he said.

Besides, he noted, he has missed many things about the sales end of the business during the past 16 years while he focused on the production end. In the 1970s, Karch produced and sold his own titles both independently and as a sales manager for large distribution companies.

“I always made my own projects and sold them,” he said.

Karch, the recipient of numerous adult industry awards and accolades, is credited not only with creating the first adult videocassette, but also with shooting the first adult content on videotape. In 1974, he began one of New York’s first cable-access television programs, “Underground Tonight,” which mixed politics, music and sex. With guests like the rocker Blondie and the late adult mega-star Marilyn Chambers, things were bound to get raunchy, he said — and they did. The show was shot on video, and that gave Karch an idea: Why not lens a full-length feature on video, since at the time the medium represented the wave of the future?

In 1979, Karch sold his first shot-on-video, delivered-on-videocassette adult title to Gourmet Video. Based on the force of his personality and the strength of his work, he also became the company’s sales manager and chief director-producer. Before moving on to opportunities with other studios and distributors, he lensed about 300 titles for Gourmet, he said.

He also influenced a veritable herd of up-and-coming directors who went on to their own fame: David Lord, Quasarman and Anton Slayer are among those who worked for Karch in sales before moving into production.

Over the course of his varied career in adult, Karch has lensed about 700 features, he said. All of them were straight, but All Boys (NSFW) specializes in gay content. So, what’s up with that?

As for sales, he said, “it’s all about rhythm. You make the call, you make the pitch, you close the deal. Right now I’m learning [All Boys’] product line and customer desires, but sales — any kind of sales — is about satisfying customer needs.”

Karch and All Boys founder and President Rob Ragan have been friends since 1987, when Karch gave Ragan his first adult industry job as a sales representative for Western Visuals. When Karch saw Ragan’s recent classified ad seeking a new sales representative, he decided to get in touch. It’s really no secret, Karch noted, that the adult industry is in a bit of a production slump. For the past 12 years he produced two to three movies each month for studios as diverse as Adam & Eve, SexZ Pictures, Wicked Pictures and Video Team. During the past two years, Karch has produced “two to three choice products a year — things I really wanted to work on. Everyone has had to cut back.”

In addition, much of his time has been devoted to a mainstream project set to debut later this year. The docudrama, 19 to Life, fictionalizes a portion of music producer Phil Spector’s downfall after the mysterious death of a woman in his home.

Ragan said he was delighted to hire his old friend. The relationship opens all sorts of doors for All Boys, he noted.

“I needed someone who could take care of my sales, take on 80 percent of my active account base and open up all of the stores that have wanted to buy directly from me but couldn’t because I simply don’t have the time to dedicate myself to handling the special needs of what the smaller chains require,” he said. “All I can say is I’m tickled to death that Roy called me. He has always been an amazing salesman with a keen sense of the industry’s future.”

Karch added, “Working with Rob after so many years away from sales is a great opportunity for me. Together we plan to expand All Boys not only by opening a West Coast presence, but also by broadening our presence in Europe. Rob already has a foot in the door across the pond, having his flagship studio OTB in charge and running All Boys Europe, and we’re hoping to assist them in having an even bigger presence there in the near future.

“I know Rob,” Karch added. “He’s a good guy. I’ve always admired his work ethic and straightforward approach to doing business with his customers’ satisfaction always foremost in his mind. I couldn’t be happier than to be reunited with my longtime friend and colleague.”

According to All Boys Vice President Craig Rivas, Karch’s addition is only the first step in a planned expansion of the All Boys sales team.

“I want to have another couple of reps working for Roy by the middle of next year,” Rivas said. “We’re continuously growing here, and absolutely needed someone we can trust to do the right thing and help us build the rest of the sales portion of the company.”

Besides, he added with a chuckle, “Gay might be the new straight.”

Karch may be reached via his website, via email or by calling (877) 5-ALLBOY.