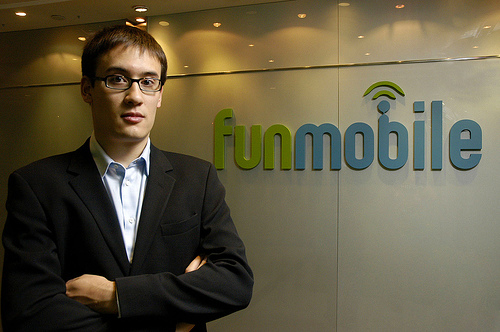 REDMOND, WA. – Microsoft filed suit today against a company it says has been “spimming” users of Windows Live Messenger with links to adult websites and bogus social networks, and using phishing techniques to get access to personal account information. Spim is instant-message spam.

Tim Cranton, associate general counsel for Internet Safety Enforcement at Microsoft posted a lengthy announcement of the filing Thursday to the company blog, saying that Funmobile “conducted  a significant campaign to undermine the privacy of Windows Live Messenger customer accounts and to ‘spim’ our customers’ contacts.”

“As outlined in the complaint, Microsoft alleges that Funmobile Ltd., a Hong Kong-based company owned by brothers Christian and Henrick Heilesen, has spimmed thousands of Windows Live Messenger customers since March 2009.  The scheme is alleged to target customers with IMs that appear to come from the e-mail address of a known friend or acquaintance, and invite the recipient  to click on a link

“Customers who clicked on the link in the bogus instant messages sent by Funmobile were then “phished”— that is, asked for their IM username and password to log in, according to the complaint. Those who provided the log-in information were often redirected to an adult Web site or, in some cases, a site that claimed to be a social networking community for Windows Live Messenger users.

“Meanwhile, we allege, the defendants collected the wrongfully-obtained usernames and passwords and used them to access Microsoft’s proprietary systems and our customers’ accounts.   They then “scraped” or “harvested” the contacts within each user’s account, and sent unsolicited bulk IMs to each of his or her contacts.”

In addition to promising continued vigilance using both technology and the law to fight illegal activity online, Cranton stressed that users themselves have the ultimate control.

“Microsoft strongly advises our customers to only use their Windows Live login information for the purposes of logging in themselves and to never disclose their Windows Live ID and password to a third party other than Microsoft, regardless of the potential usefulness of the ‘service’ that is offered in exchange,” he said.

Microsoft is seeking preliminary and permanent injunctive relief, statutory and aggravated damages, treble damages in an amount to be proven at trial and legal fees.

Previous post Ukraine Says 'Nyet' to Bruno Because He is Gay