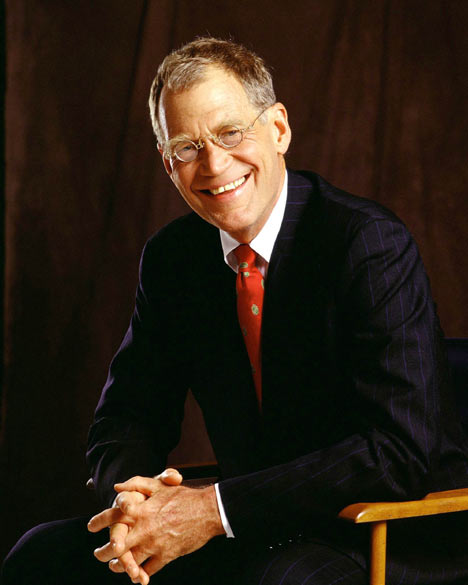 LLYWOOD—On the subject of Letterman, this guy weighed in on a morning talk show today that there was a Boomer angle to the story; that people —especially men—of a certain generation identify with Dave and feel his lust, or maybe envy it, and are refusing to pass judgment on his workplace dalliances. For the little it’s worth, I couldn’t agree less.

I’m a middle to tail-end Boomer but I do not think the situation is cute and I definitely think Dave is playing the public for suckers. For me, just what he has admitted to is really creepy and not funny creepy with that I’m-just-a-guy wink-nod to the cocknoscenti that he seems to be signaling.

I don’t believe the dalliances were either innocent or unforeseeable flirtations that just happened to develop into sexual relationships that then—because they always do— lead to—well, you know how these things usually end up, except now they involved the boss who has children, a gilfriend (now wife) a business to run and a 20-year career to maintain. What is a mogul to do.

In a sense, the thinking must go, sometimes with so many attractive women vying for one’s attention, you almost have a responsibility to keep the peace by doling out… a piece of yourself…when you can, that is, when you can find a fucking minute to spare because you have a million other responsibilities to tend to and not just these. No siree Bob.

Until some asshole tries to extort you that is and then the whole thing starts to unravel and suddenly just like that you find yourself at a critical moment in your life, a tipping point really when you are literally forced to decide whether you’re going to run and hide like so many of the other hypocrites who stupidly get caught with their pants down, who thought they wouldn’t—or couldn’t—get caught and refuse to admit that they fucked up; or whether you’re going to face it head on, control the mother fucker the best you can before someone you don’t even know does it for you. Folks, that’s what you call a no-brainer.

Which brings us to the Boomer comment. What the guy on TV must have meant was that Boomers—like Letterman—simply have a more permissive attitude about sex than people do now.

Indeed, sex crime sentences are far more harsh than they used to be, and almost anything will get you on a sex offender list these days, something you have to die to get off of, but that’s because Americans have and will always prefer to pretend to be sexually ignorant. That’s just the way it is.

But I don’t think any of that has anything to do with Letterman. I think he’s just a nasty piece of work and always has been. He’s a mean son-of-a-bitch, always has been, with a spiteful edge, an uncompromising maliciousness that has long been part and parcel of his comedy. In the tug and tussle of ironic comedy, the guy has always come down on the hostile side and though I have never met him I think it’s probably pretty close to the way he really thinks and feels. That’s just my gut feeling.

My point is, it doesn’t matter what generation you come from, sadistic comedy either sits well with you or it doesn’t. David Letterman is bright and very witty, has told a million great jokes and become a facile interviewer over the years, but from the beginning his brand of comedy was mean and dependent upon that meanness for its survival. As a distinct type of comedy, it grew out of the work of earlier, softer ironists and became a driving force for a generation of comedians. For me, though, it has always been the ugly face of ironic wit, the sourness of the smart kid without boundaries, all hard elbows and knees without a moment’s mercy. I still feel that way even when I am laughing. The comedy thrives because its practitioners—two of whom reign supreme—are so brilliant.

Mark my words, though, there will be a TV movie about this, based on either a book or in-depth reporting, and the odds are that good old Dave Letterman is going to come off like the bullying sexually-aggressive jerk he might be in real life.