Geeks Make the Most Considerate Lovers 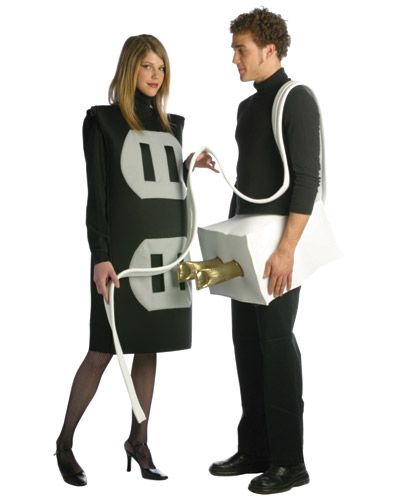 CYBERSPACE – Ladies, listen up: Those hard bodies you see at the gym may be fun to drool over, but if you want real satisfaction in the sack, stick with the geeky guy in IT.

That’s the word from one UK video-game-sales site. PS3PriceCompare.co.uk conducted an anonymous online survey and found a correlation between geeks and the sexual satisfaction of their partners.

According to the 2,000 people surveyed, men who work in tech jobs are less selfish in bed and more open to using sex toys. Respondents also indicated men who work in the fitness industry or spend a good deal of time working out are somewhat self-absorbed and tend to be sexual “takers.”

Eight out of ten tech workers said sex toys play an important role in their sexual relationships. The fitness-minded participants were the least likely to use them, with just three in ten claiming to use them regularly.

People working in manual jobs were second, with 66 percent confirming they regularly use sex toys to enhance their lovemaking.

When asked “How regularly do you and your partner have sex?” 53 percent of office workers claimed to have sex three or more times a week, compared to business owners at the other end of the scale. Only 21 percent of them said they had sex three or more times a week. Sports and fitness workers were second at 47 percent, followed by techies at 38 percent at third and manual workers at fourth with 36 percent.

The question “During sex, do you consider your partner’s sexual needs above your own?” drew “yes” answers from 82 percent of IT workers, 74 percent of office workers, 69 percent of the unemployed, 53 percent of manual laborers, 49 percent of business workers and 41 percent of sports and fitness workers.

“This study was initially just a fun idea between myself and my friends, wondering whether due to the more ‘methodical’ nature of us tech-minded individuals, our sex lives were any different to say, business owners or fitness buffs,” Mike Elsmore, head developer of PS3PriceCompare.co.uk, said. “The response by the participants that made me giggle the most was that those of us more into gadgets and new technology were more likely to use sex toys with our partners — something that with hindsight may have been obvious before the box was ticked!”