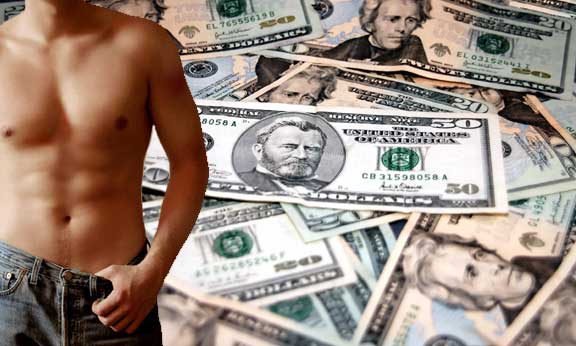 In early June, gay adult performer-turned-producer Collin O’Neal (NSFW) called it quits and abandoned his six-year-old adult studio for mainstream Hollywood. He placed his award-winning website and DVD line, World of Men (NSFW), up for sale. As of this writing, there was no word on a buyer.

“Although I am very happy with my success, I just think it is time for a natural progression for both [business partner] Rich [Richards] and I. We both appreciate all the support from industry leaders over the past few years and will never forget where we started in the world of production.”

Less than one month later, Raging Stallion Studios (NSFW), a division of internet video-on-demand giant AEBN (NSFW), announced a nearly 50-percent reduction in the suggested retail prices of all “extreme hardcore” fetish DVDs. The $30 drop to $39.99 applies to all catalog and future releases, the company said.

“We have long owned a big share of this market, and we intend to keep it,” he added.

To that end, Raging Stallion also plans to boost production of fetish content. In 2008 the studio released five fetish features. Ward said RSS plans to double that number during 2009.

The week after RSS made its announcement, Titan Media (NSFW) followed suit with a massive restructuring of prices at the studio’s TitanXXX.com (NSFW) pay-per-view website. In addition to converting TitanXXX’s tiered pricing model to an across-the-board flat rate, the studio also dropped the per-minute rate from 14-20 cents per minute to 8 cents per minute — a reduction of between 40 percent and 60 percent per minute.

“We’ve almost tripled the amount of films you can watch for the same amount of money,” Webb said. “We think consumers will love the new easy-to-use pricing and the new lower prices.”

On July 7, Pacific Sun Entertainment (NSFW) announced yet another “stimulus incentive program.” While not a direct price cut, the studio’s plan to offer each new release as a two-disc set instead of the traditional single disc effectively halves the price of Pac Sun’s content, as well.

“Selling for the same price as a one-disc new release, we hope that buyers will find this a way to offer their customers high quality and fun features at competitive prices,” LaBarbera said.

In addition, Pacific Sun’s distribution arm is attempting to convince the studios whose content Pacific Sun distributes to join the fun.

“We are in talks with several of our exclusive studios to start featuring the same kind of two-disc sets for their productions,” LaBarbera said.