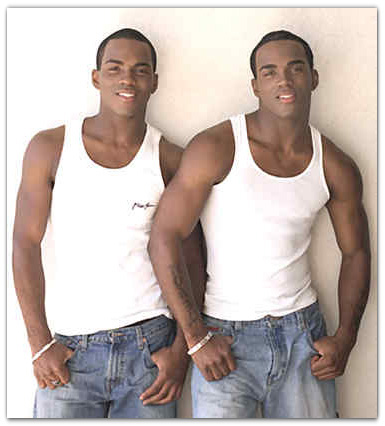 PHILADELPHIA – Taleon Goffney, known in the gay adult industry as internet performer Teyon, on Wednesday received a sentence of three to eight years in prison after pleading guilty to committing two South Philly burglaries in February 2008.

As part of a deal, Goffney also pleaded guilty to two counts of criminal conspiracy and named his twin brother, Keyontyli Goffney, as his accomplice.

In exchange, prosecutors dropped additional charges including criminal trespass, receiving stolen property and possession of an instrument of crime.

Had he gone to trial on the counts, Taleon Goffney, who has a criminal record, could have faced 40 years in prison.

Keyontyli Goffney, known in the industry as internet performer Keyon, faces trial Aug. 6. He was free on bail but appeared in court for his brother’s sentencing. Neither his attorney nor the prosecutor has said whether he will seek a plea deal, as well.

“Thank you for your lenience in accepting my plea,” he told the judge. “These crimes won’t be happening again.”

The twins were arrested in February 2008 after being caught in the act of burglarizing a beauty salon. At the time they were suspected in a string of 45 burglaries across Pennsylvania, New Jersey and Delaware that earned the perpetrators the nickname “The Rooftop Burglars” because of the way they gained access to the crime scenes.

According to the transcript of an interview police conducted with Keyontyli Goffney shortly after his arrest, the twins’ mother, Towana Goffney, 46, also was an accomplice. She was released on bail after being charged along with her sons, but no further information about her case was available at press time.

According to Taleon Goffney’s attorney, the young man plans to reform and continue his college education while behind bars.