The Science of Objectionable Image Processing, aka Finding Naked People 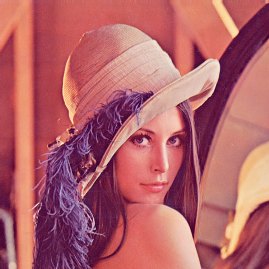 CYBERSPACE – The photograph to the left may mean nothing to most of us, but to computer scientists who work in image processing it is very well known, indeed; so much so that it even has its own Wikipedia page.

“Lenna or Lena is the name given to a standard test image originally cropped from a Playboy magazine centerfold picture of Lena Söderberg, a Swedish model who posed nude for the November 1972 issue,” the entry reads. “The image is probably the most widely used test image for all sorts of image processing algorithms (such as compression and denoising) and related scientific publications.”

Over the years, Lena’s image has appeared in thousands of research papers and articles in a field of study that is becoming increasing popular as the number of images on the Internet – including those considered objectionable – continues to increase.

According to a recent post on Steve Hanov’s Blog titled Keeping Abreast of Pornographic Research in Computer Science,  interest in the science of image identification is growing fast.

“There are burgeoning numbers of Ph.D’s and grad students who are choosing to study pornography. Techniques for the analysis of “objectionable images” are gaining increased attention (and grant money) from governments and research institutions around the world, as well as Google,” Hanov writes.

The article is a mini-discourse on the state of the art of finding naked people in digital environments, an endeavor that large corporations such as Google continue to invest significant resources in, with impressive results.

“Henry A. Rowley, Yushi Jing, and Shumeet Baluja at the Mountain View campus, have developed a system that combines skin detection with a number of different features,” writes Hanov. “Doing what only Google could, they must have set a record for the rate of pornographic analysis. They evaluated the speed of the algorithm on a corpus of around 1.5 billion thumbnail images of less than 150×150 pixels. ‘Processing the entire corpus took less than 8 hours,” the team bragged, “using 2,500 computers.'”

For the adult entertainment industry as well as for families, individuals, governments, industry, the military and perhaps every institution or industry that has a presence on the Internet, the obscure science of image processing is one that could have a profound influence on daily life and business in the near future, even if we can’t see it coming.