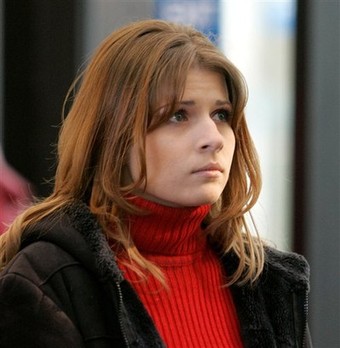 CHICAGO –  Anthony Abbate, a Chicago police officer who was caught on tape beating up bartender Karolina Obrycka after she refused to keep serving the drunk off-duty cop, was sentenced Tuesday to two years probation and anger management classes.

According to the Associated Press, “Prosecutors had asked for prison for Abbate – he could have been sentenced to up to five years behind bars – but the judge said he didn’t see aggravating factors to justify a prison term.” The judge said he also no evidence Abbate abused his position as a police officer during the assault.

Abbate, who adimitted during the trial that he was drunk during the incident, tried to claim that he acted in self-defense, but the judge rejected the claim. Abatte, who weighs 250 pounds, was caught on the tavern security camera in February 2007 beating and stomping 125-pound Obrycka after chasing the Polish immigrant behind the bar.

Prosecutors, who said Abbate had done more to tarnish the reputation of the Chicago Police Department than anyone in recent memory, wanted jail time for the defendant.

The video of the incident may have been the impetus for changes Chicago Police Department. Then-Superintendent Phil Cline announced his retirement shortly after the video surfaced and former FBI official Jody Weis was appointed to the spot with an order to clean up the department’s image.

Abbate may also be looking for a new job soon. He has been relieved of pay and the department is looking into “separation proceedings.”