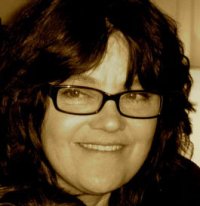 Street, who joins AVN in the middle of a significant realignment of the company’s editorial infrastructure and mission, has been tapped specifically to “help with consolidating and streamlining the [publication’s] editorial content,” according to a statement released Wednesday.

Among other changes, AVN will unveil the new AVN this September. The monthly trade will reportedly combine the previously stand-alone titles, AVN Novelty, AVN Online, GayVN and AVN, into one mega-mag.

“I’m thrilled to be part of the team here at AVN,” Street said. “The editorial staffers are real pros who know the industry intimately. The prospect of helping to put together a new product – one that synergistically looks at all aspects of the adult industry – is at once a real challenge and an exciting opportunity.”

“All of us at AVN are very pleased to have Sharan join the AVN group – she will fit right in with the free-spirited, talented professionals who strive to make a difference by delivering quality products that address our customers’ needs,” AVN Publisher Tony Lovett said. “Sharan’s extensive experience and knowledge in print and social, alternative news outlets will be invaluable to AVN’s corporate restructuring and vision.”

Street worked as managing editor at L.A. Weekly from 2000 to 2008, according to the statement. Hired by Editor Laurie Ochoa, she went to work for L.A. Weekly when it was part of a six-paper group known as Village Voice Media (sister publications included the Village Voice, Seattle Weekly and City Pages).

“It was a great source of pride and inspiration to collaborate with the staffers at the Weekly,” Street said. “We worked hard on every page in every issue—an effort that paid off with many awards for individual stories, special issues, photography and design work.”

Previous post A New Face for the Religious Right?