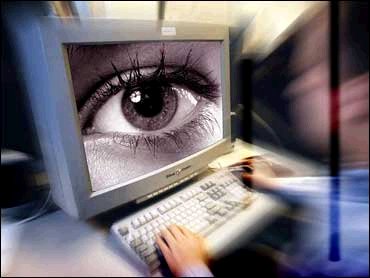 The proposed filter is currently on trial by nine ISPs, with results expected to be delivered to Communications Minister Stephen Conroy in late August or early September.

The statement was signed by groups such as the Australian Library and Information Association, Civil Liberties Australia, GetUp!, the National Association for the Visual Arts and Save the Children, among others.

They called on the Rudd Labor government to spend the estimated $33 million dollars year it will take to administer the program on more effective measures to prevent the production and proliferation of child pornography.

“While we wholly support measures that effectively prevent the distribution of material refused classification under laws that properly respect free speech, this proposed filter does not meet that aim,” the statement reads. “The proposed filter fails to meet the test of an effective child protection measure that respects the rights of children. Mandatory internet filtering curtails our human rights without offering any effective protection for children.”

The groups also claim that the proposed scheme will block a range of material that is legal to view both online and offline, and that the process will be shrouded in secrecy. ‘There will be no effective oversight of the secret blacklist of banned material,” they claim.

Asserting that the filters will be able to be circumvented anyway, by those with the requisite skills, they also claim that it “will also miss the vast majority of unwanted content, normally shared using email or file-sharing networks – not through web traffic.”

“We argue that the tens of millions of dollars that such a scheme will cost should instead be diverted to appropriate child protection authorities and police to prevent the abuse of children,” the statement concludes, “and towards effective community-based education strategies that give children and parents the skills to protect themselves.”

Thursday, the office of Senator Stephen Conroy, the Minister for Broadband, Communications and the Digital Economy, released a statement saying GetUp!’s campaign – which included a video as well as the joint statement –  “misrepresents the Government’s position.”

“For its last campaign on the issue, GetUp! falsely claimed that any form of filtering would slow internet speeds by 87 percent,” the statement said.

“Now it resorts to spurious claims about the future expansion of the list of content that may be filtered.

“The Government regards freedom of speech as very important and the Government’s cyber-safety policy is in no way designed to curtail this.”

Next post Now Playing at the SF Zoo: 'The Real Housewives of Penguin Island'